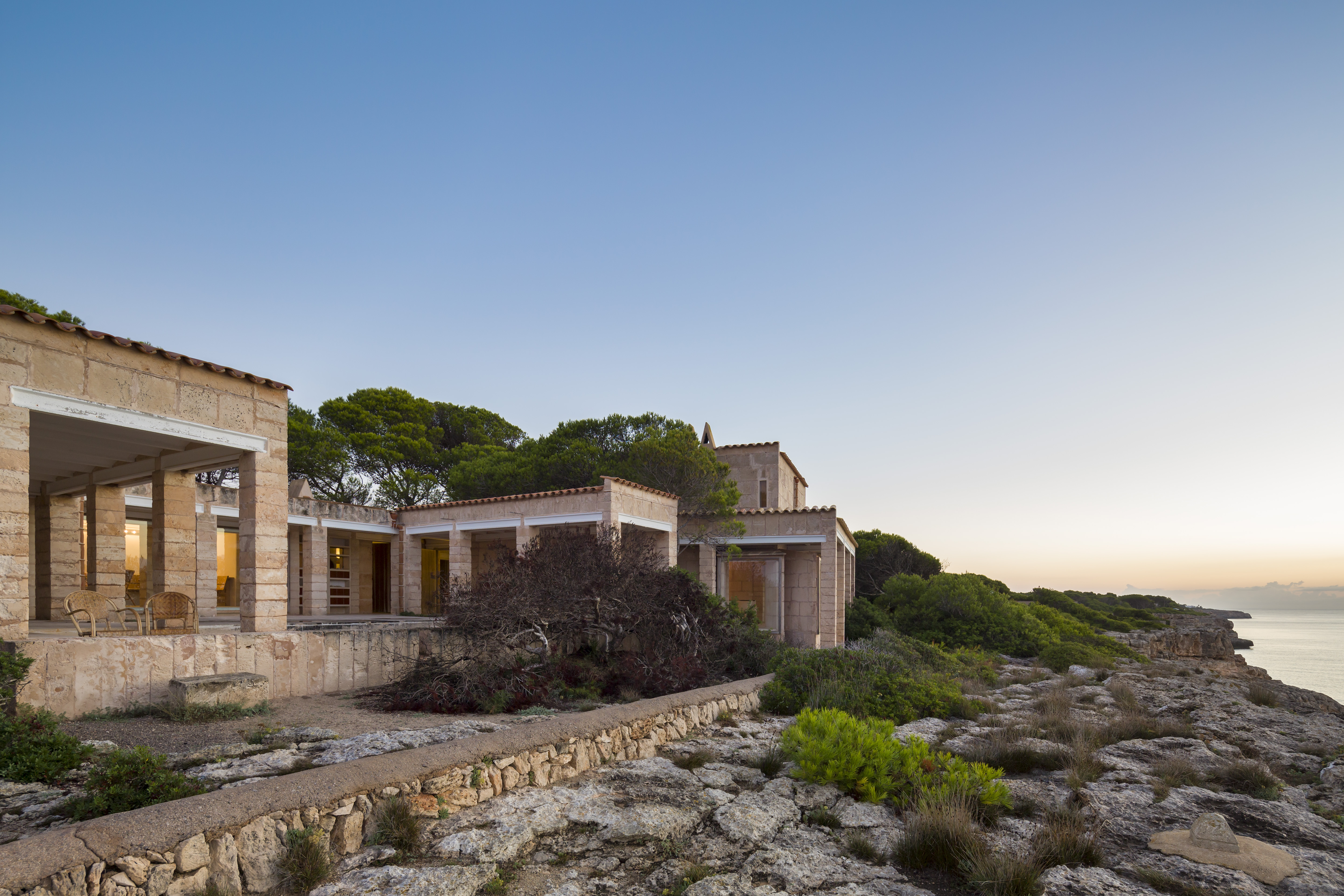 Perched on a sheer cliff, overlooking the ocean on the island of Mallorca, today Can Lis is considered an a 20th Century architectural icon

Jørn Utzon constructed an idyllic summer escape home for his family in the 1970s.

Named after his wife, Lis, the building acts as a showcase of everything that Jørn Utzon worked on during his career. It is an amalgamation of Utzon’s influences from his travels around the world and also his eye for delicately integrating nature into design.

The ingenuity of Can Lis lies in Utzon’s reinterpretation of traditional Majorcan building methods and the use of local building materials. From the outside it is impossible to image what is waiting inside. A discrete wall of dusty pink stone sourced from a quarry in the nearby town of Santanyi hides Can Lis from the outside world. Using these local materials, Utzon created a seamless connection between the architecture and the cliffs it sits on. Marés sandstone was used on walls and columns, Santanyi sandstone on its floors, interior walls and kitchen worktops, and Madera Norte, a Majorcan pine, for all woodwork.

Today, the local stone is raw and worn, evocative of monolithic ancient ruins. Tiled stone tables and seats are constructed as permanent features, while protected nooks are carved into walls for beds. Additional furniture is kept to a minimum, and is positioned in each room to take full advantage of the view. Despite the visual sparseness, the home evokes feelings of cosiness, wellness and contentment. 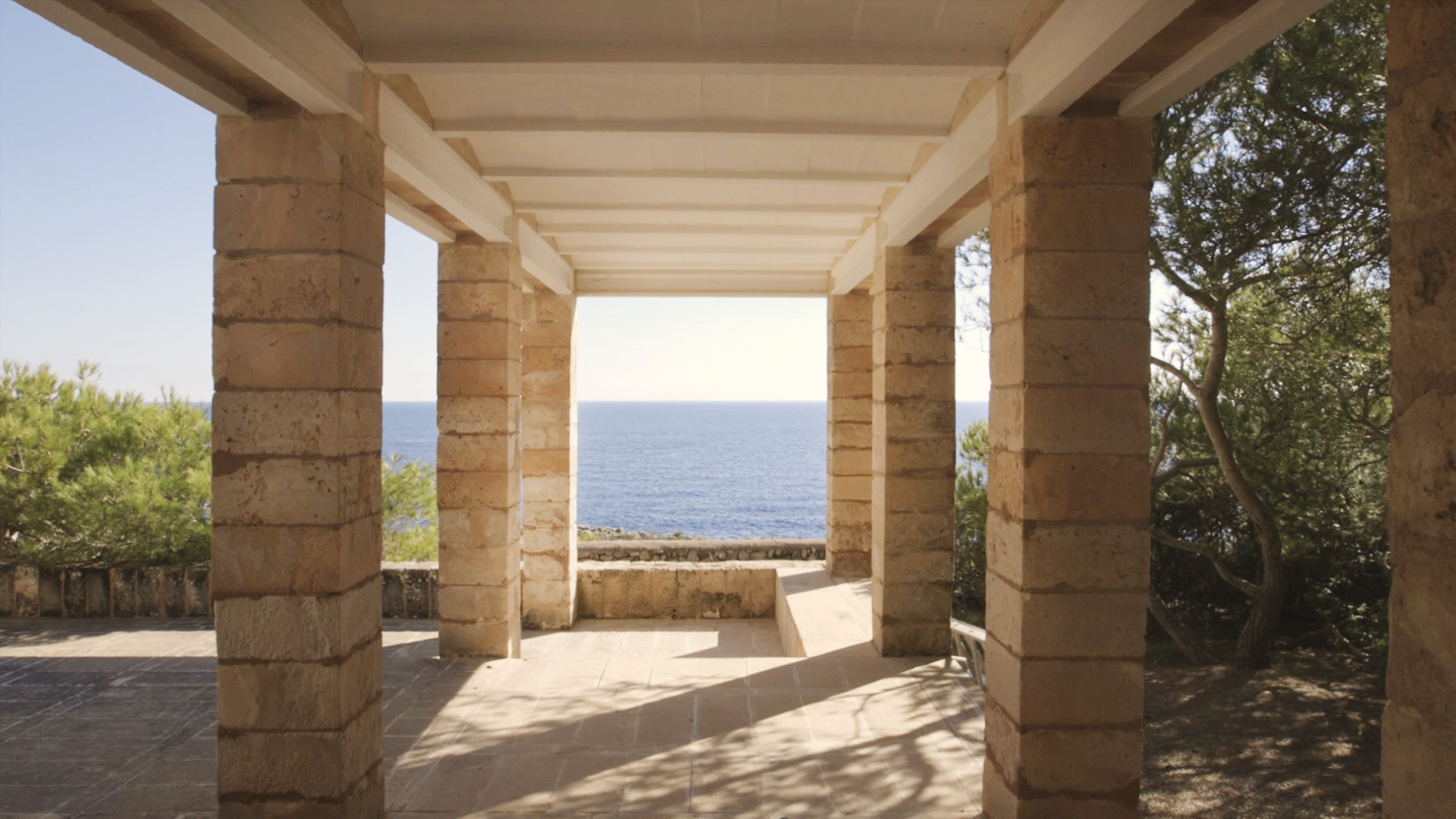 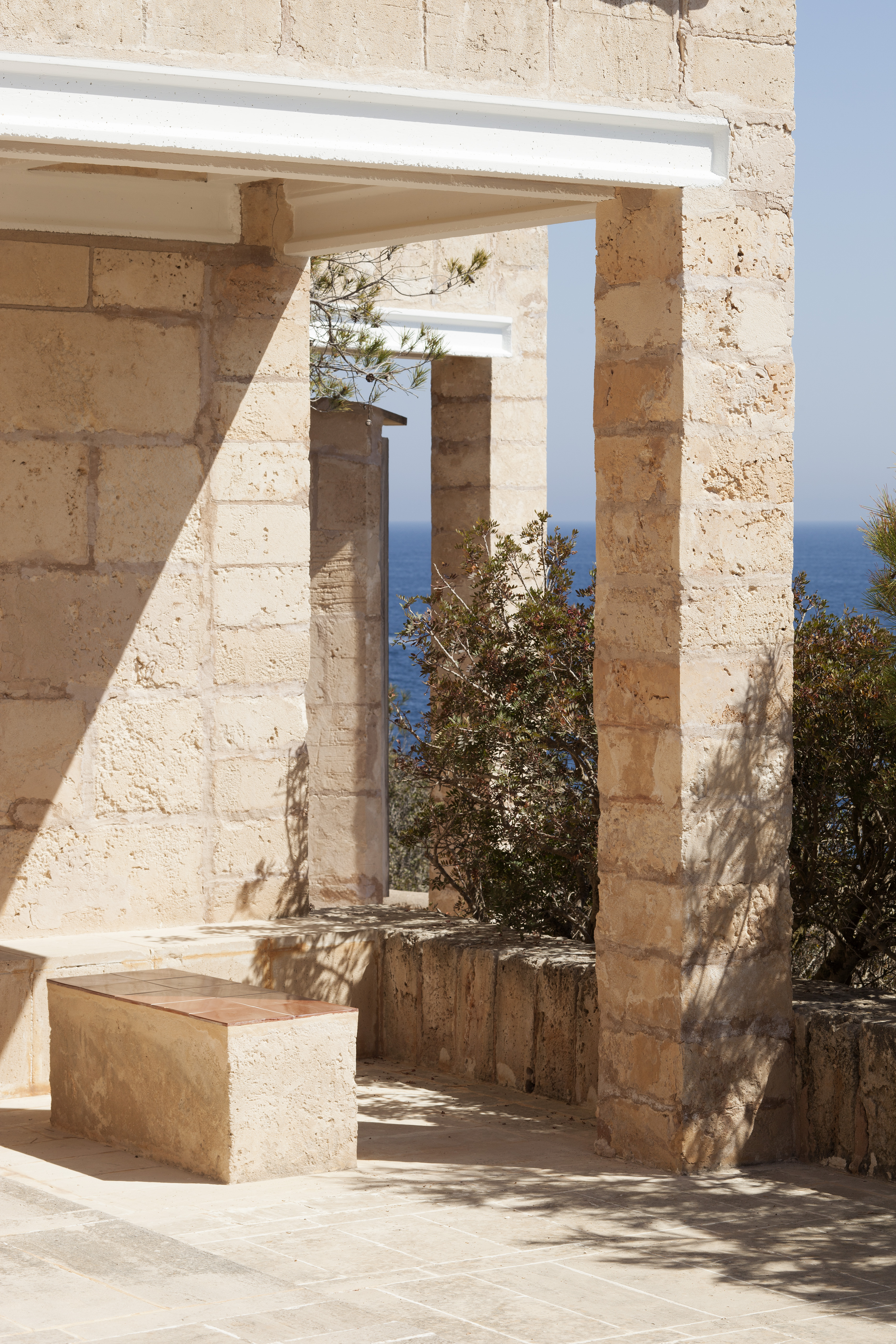 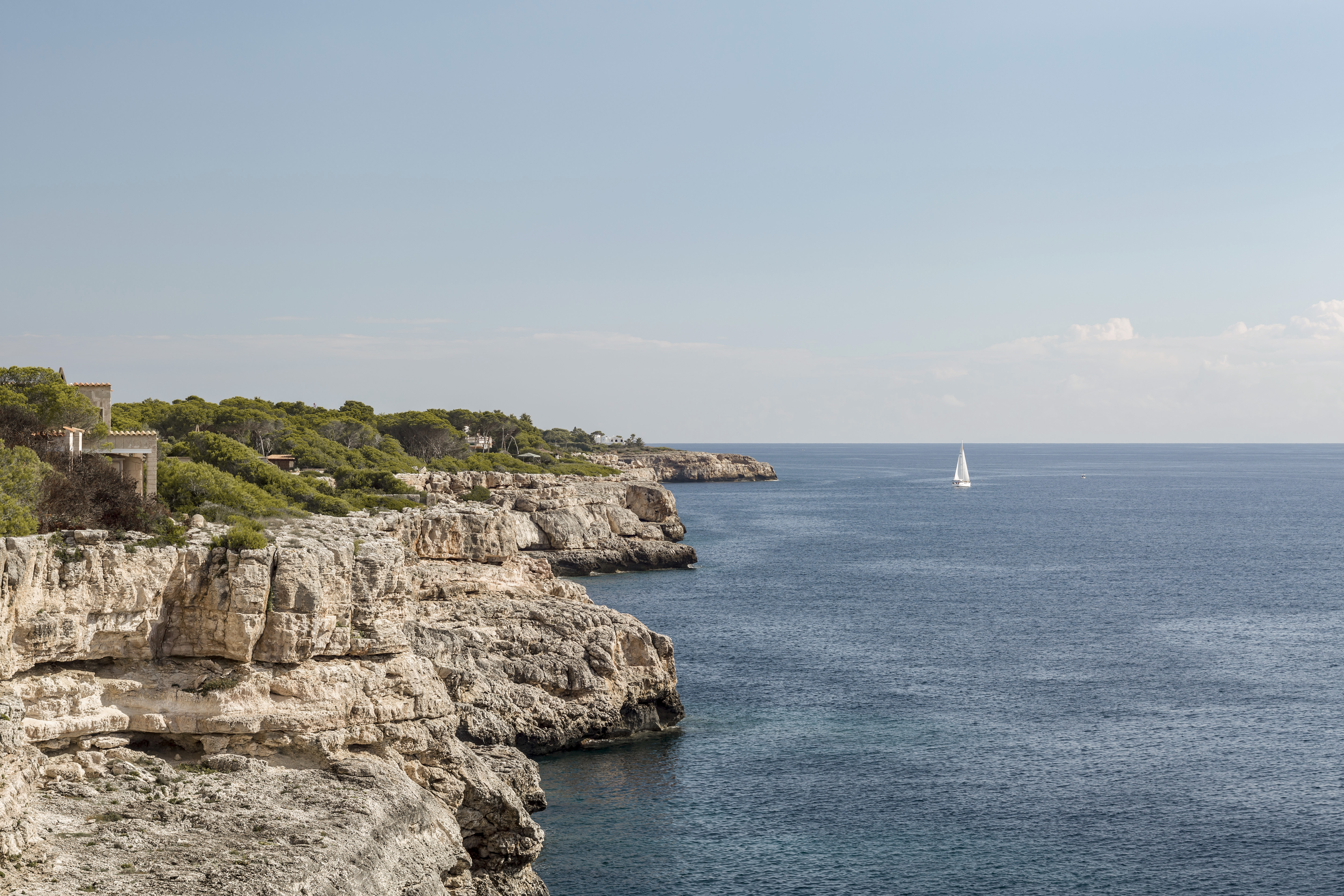 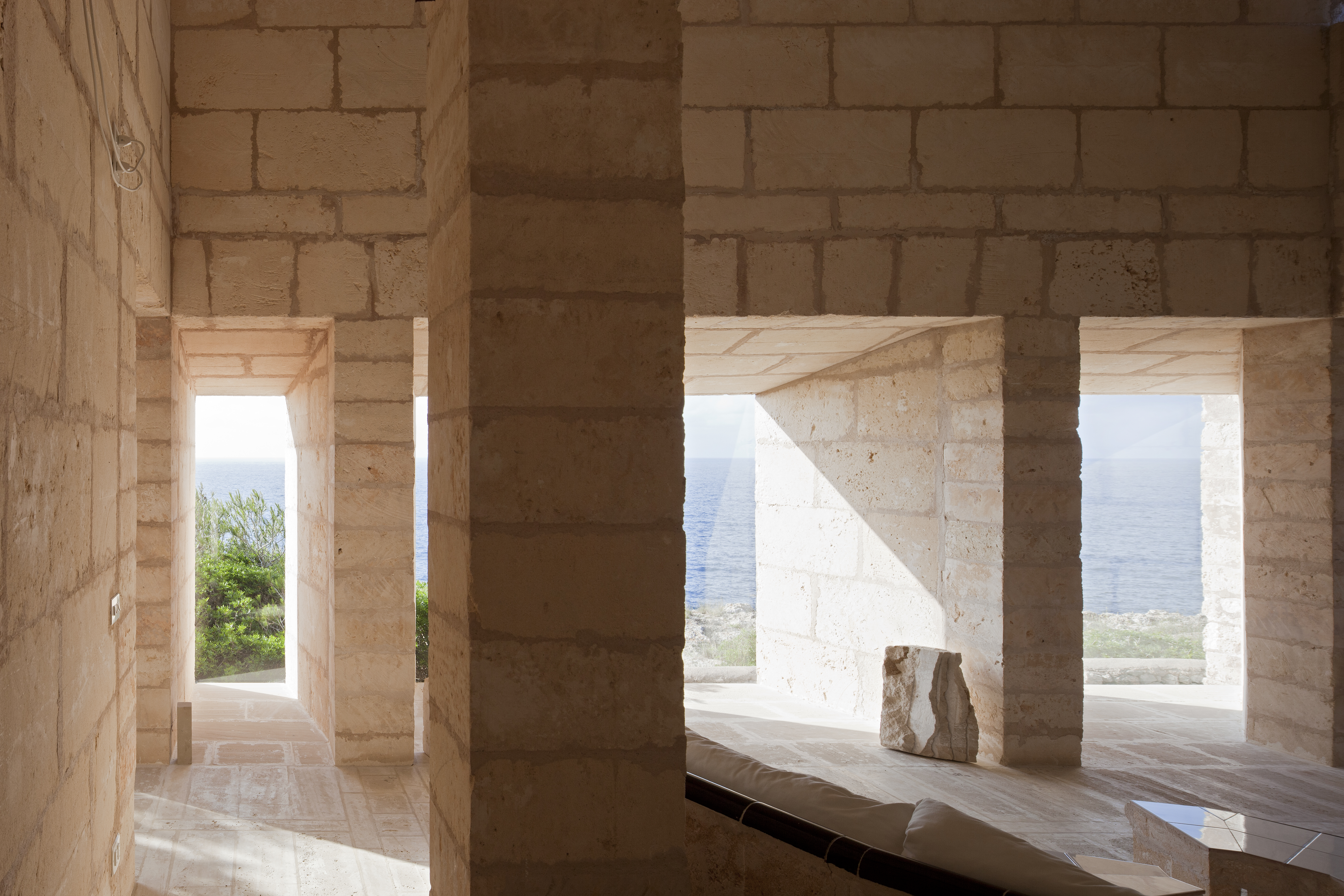 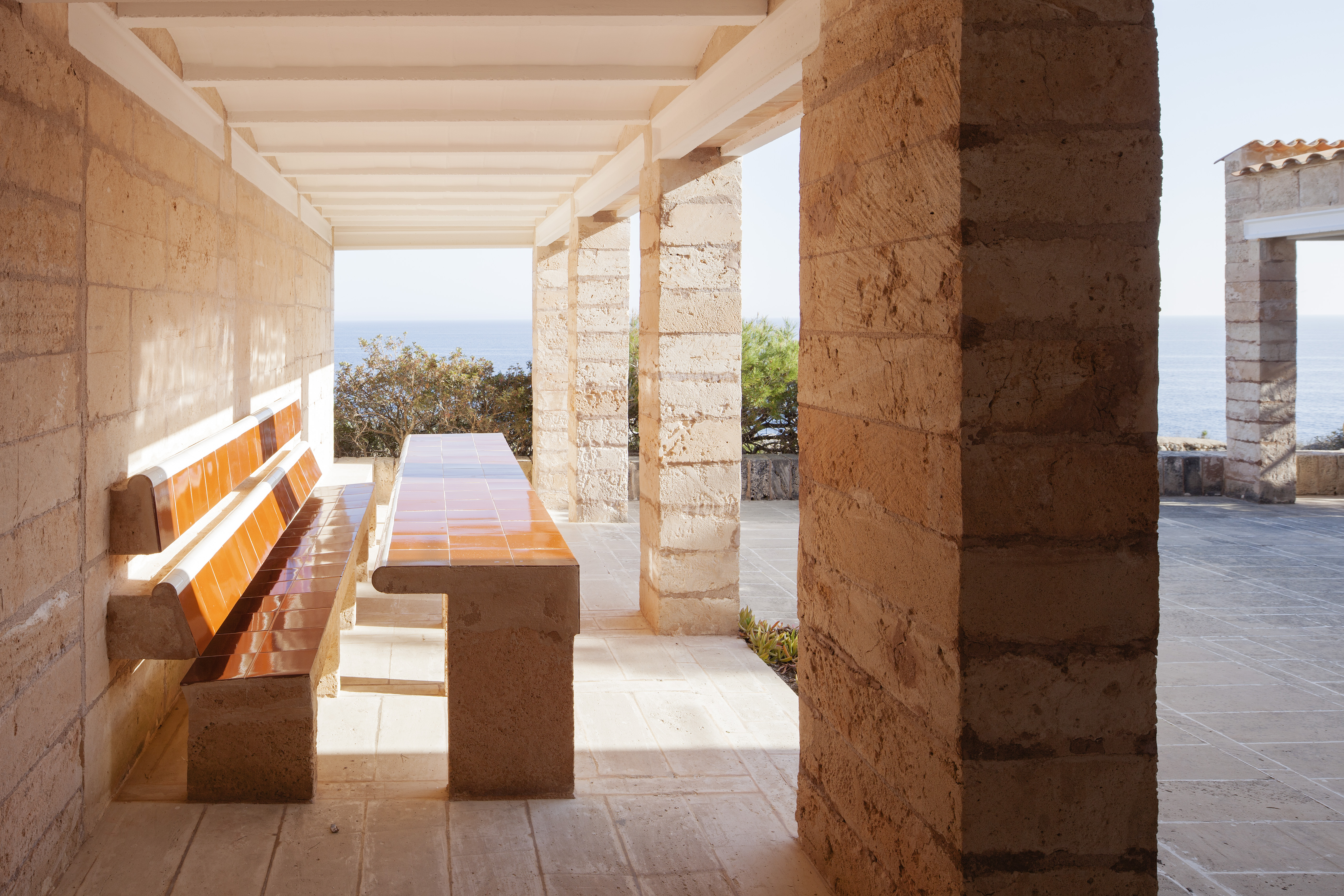 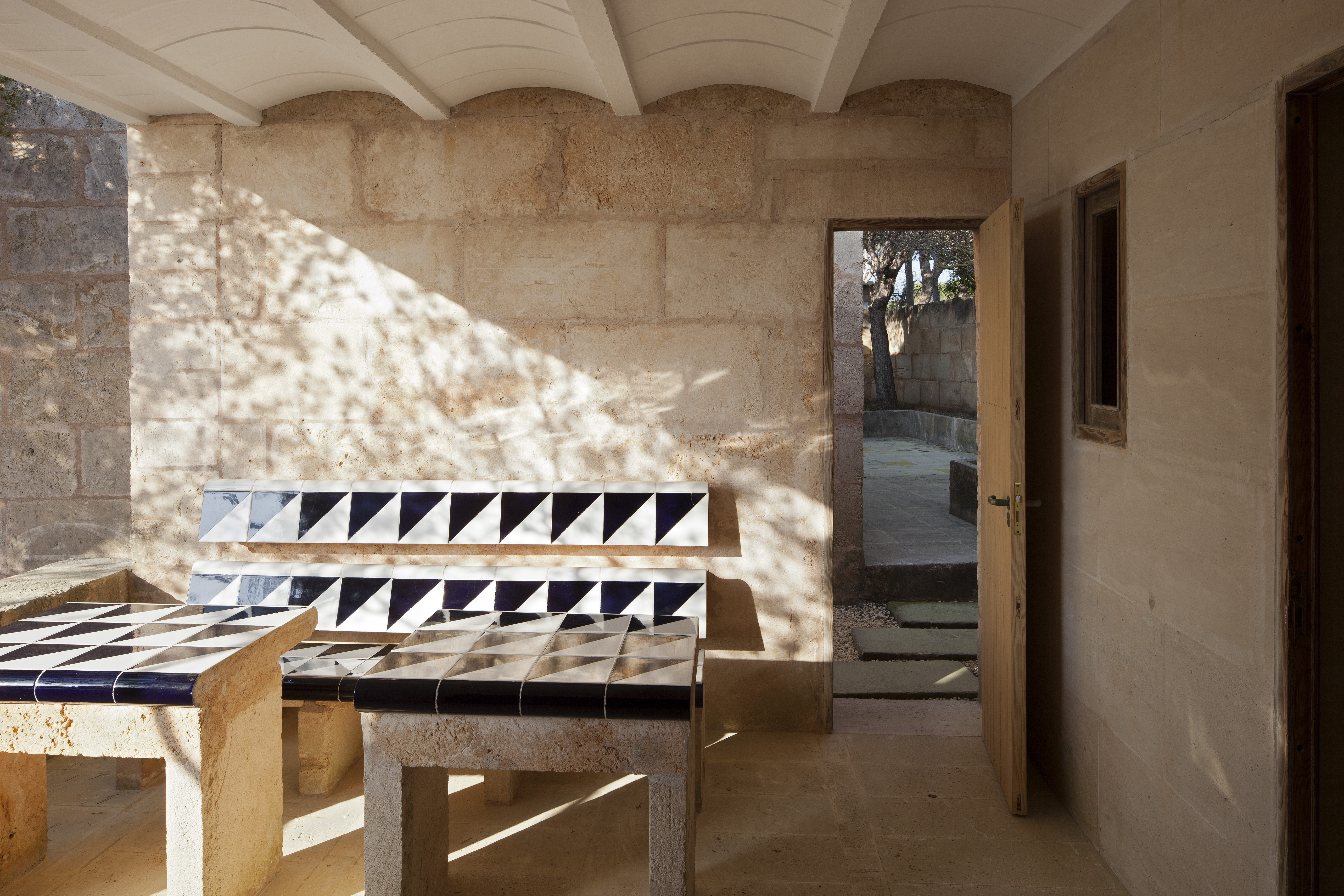 Utzon worked with metaphors that he translated into a sensation of space in architecture, such as seeing how clouds form the light or how it felt to sit in a cave and look out at the sea. This is apparent at Can Lis, where the design was created and continuously modified to adapt to the specifics of the plot.

Although completed in 1973, when it feels being in an ancient ruin and a modern house at the same time. The walls are thick like a fortress and the materials are worn and earthy yet there are still structured, contemporary elements. The windows are deeply recessed; for such an exposed cliff-side perch, Utzon went to lengths to ensure inhabitants feel sheltered and protected within the home.

Rooms are arranged in a series of pavilions connected by transitional courtyards and stepping-stones, strung in a linear formation to take full advantage of uninterrupted ocean vistas. Buildings house distinct functions, with cooking, living, and sleeping areas separated to designate private and public spaces. A reference to the former street address, Avinguda Media Luna, a crescent moon motif is portrayed throughout profiles, patterns and room shapes in Can Lis. A moon-shaped window is the first thing visitors see upon entry to the home, positioned directly opposite the front door. 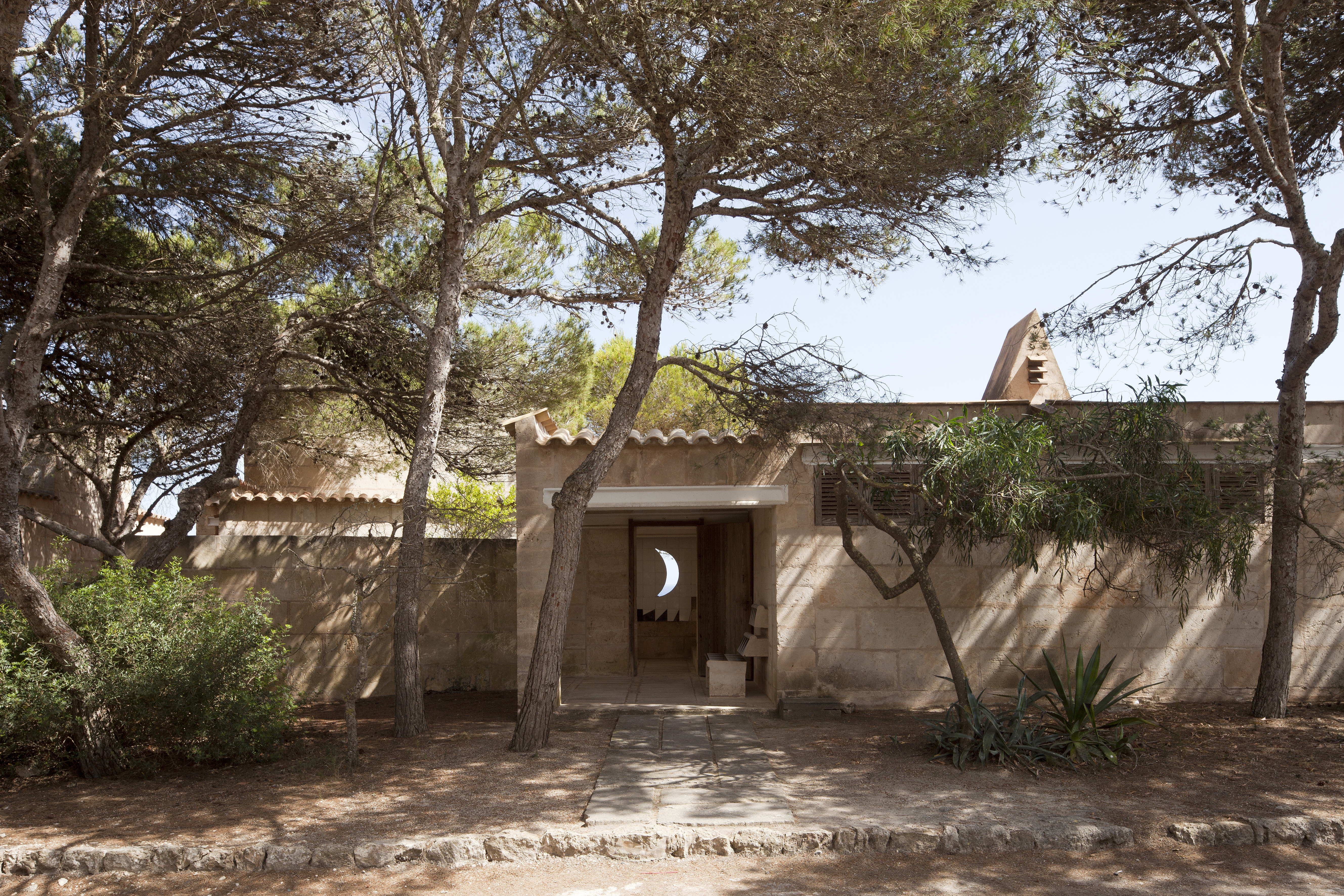 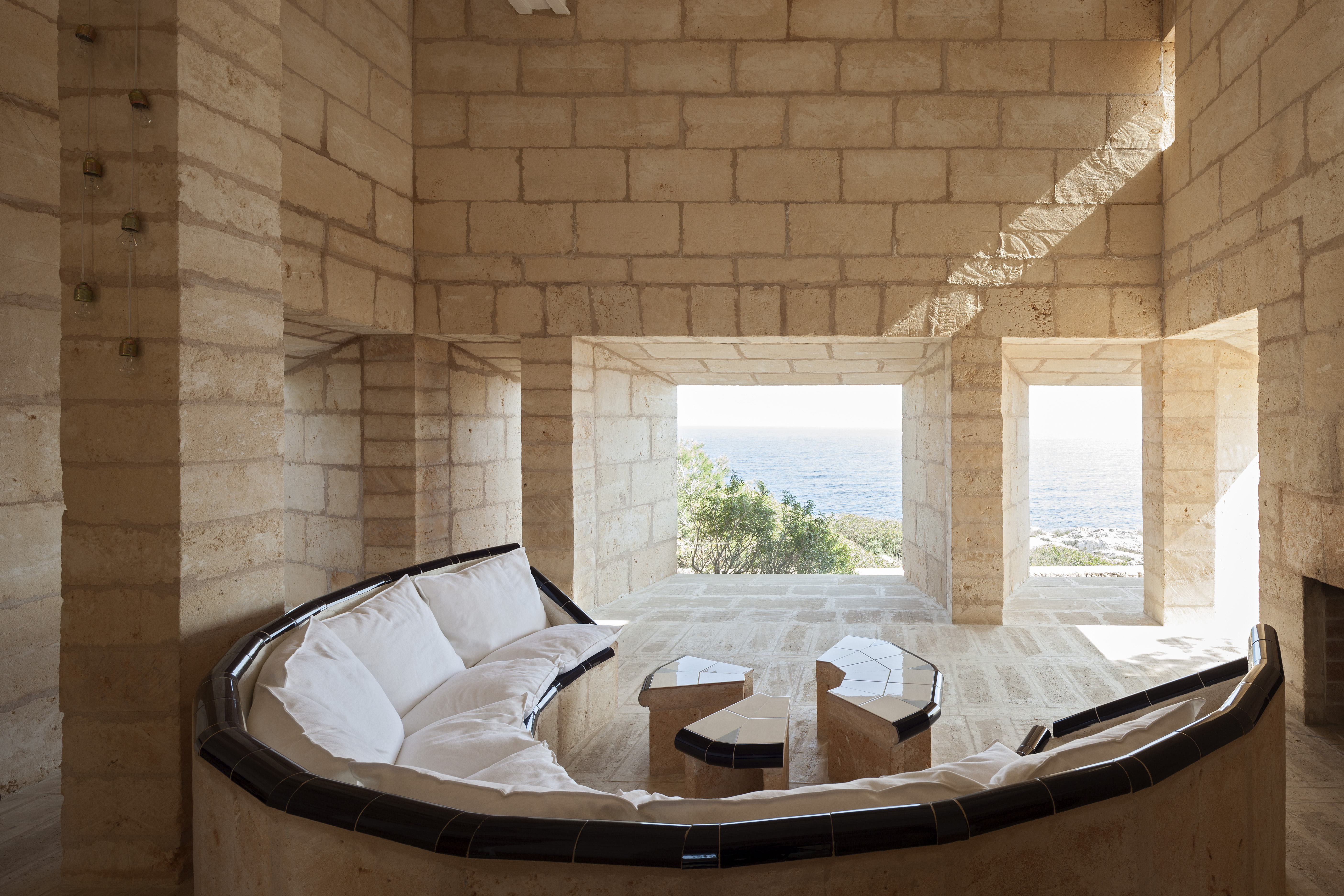 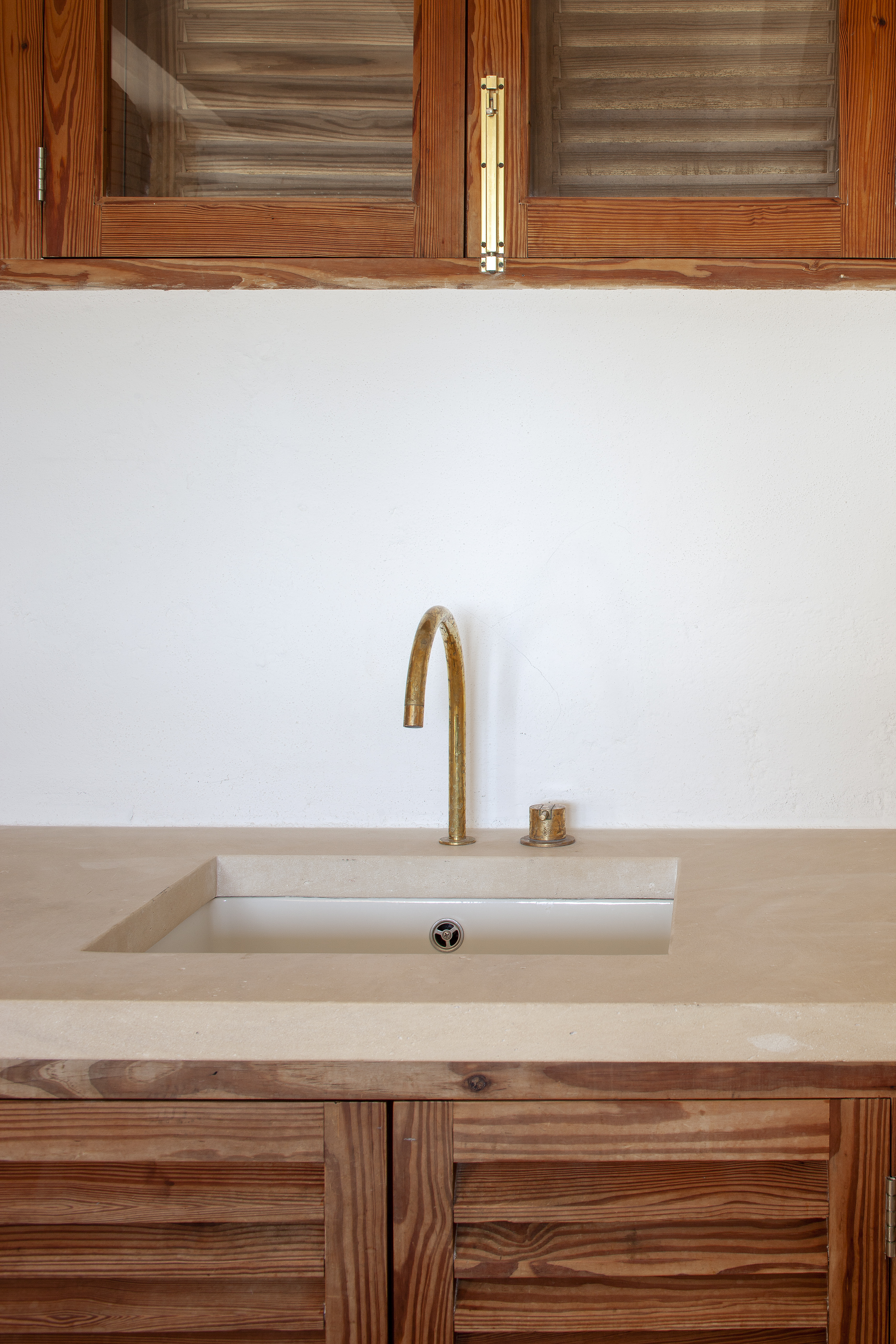 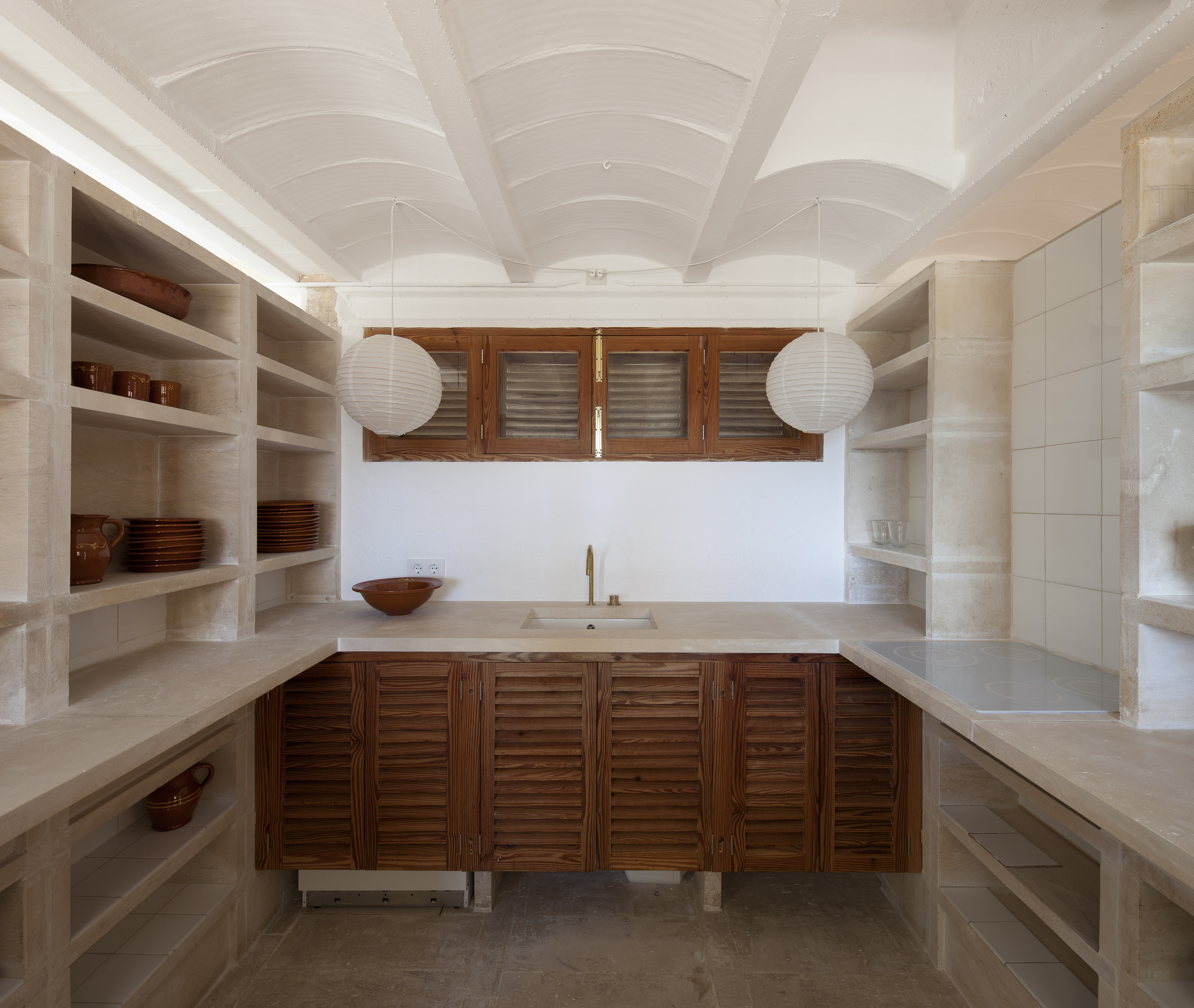 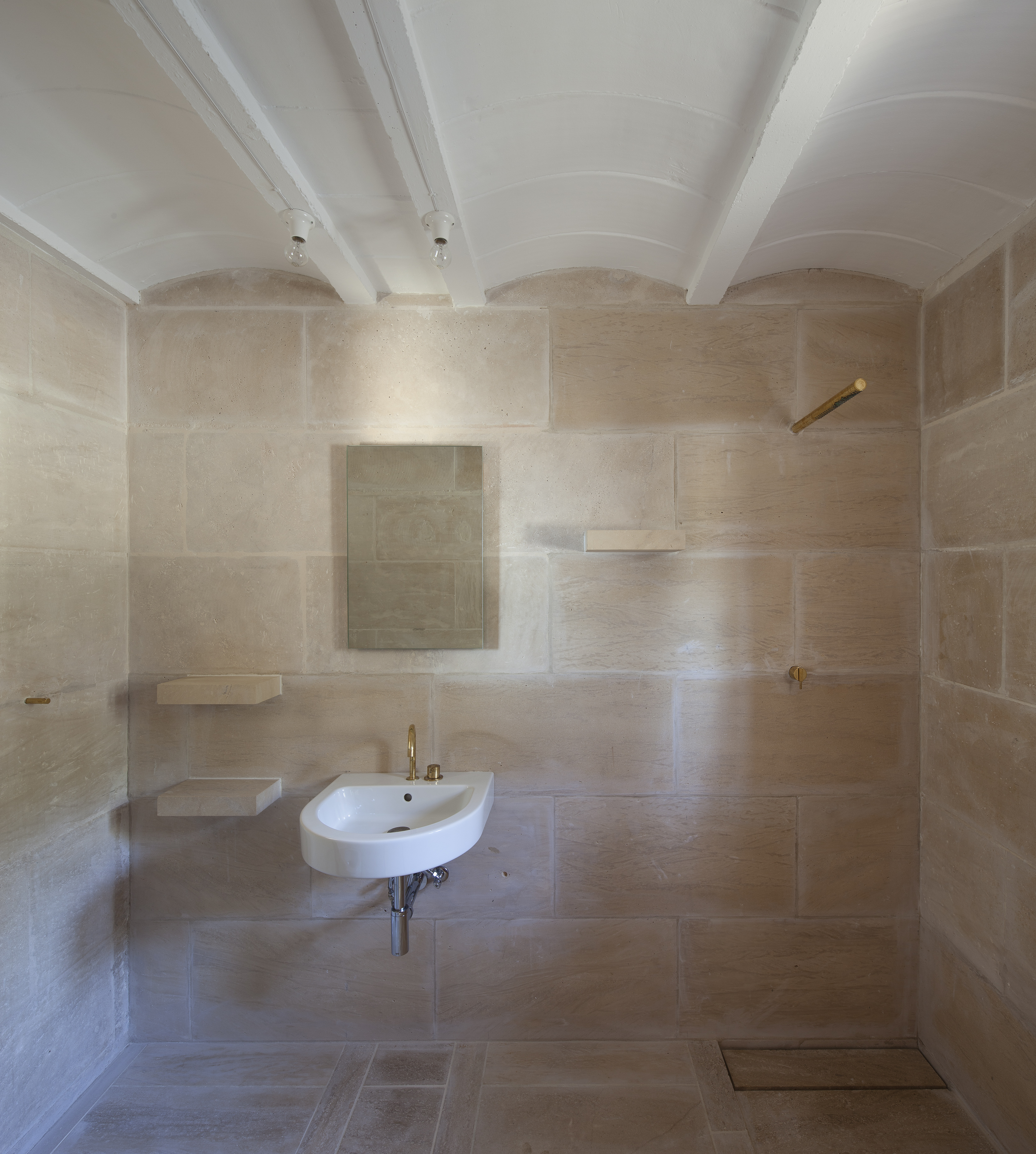 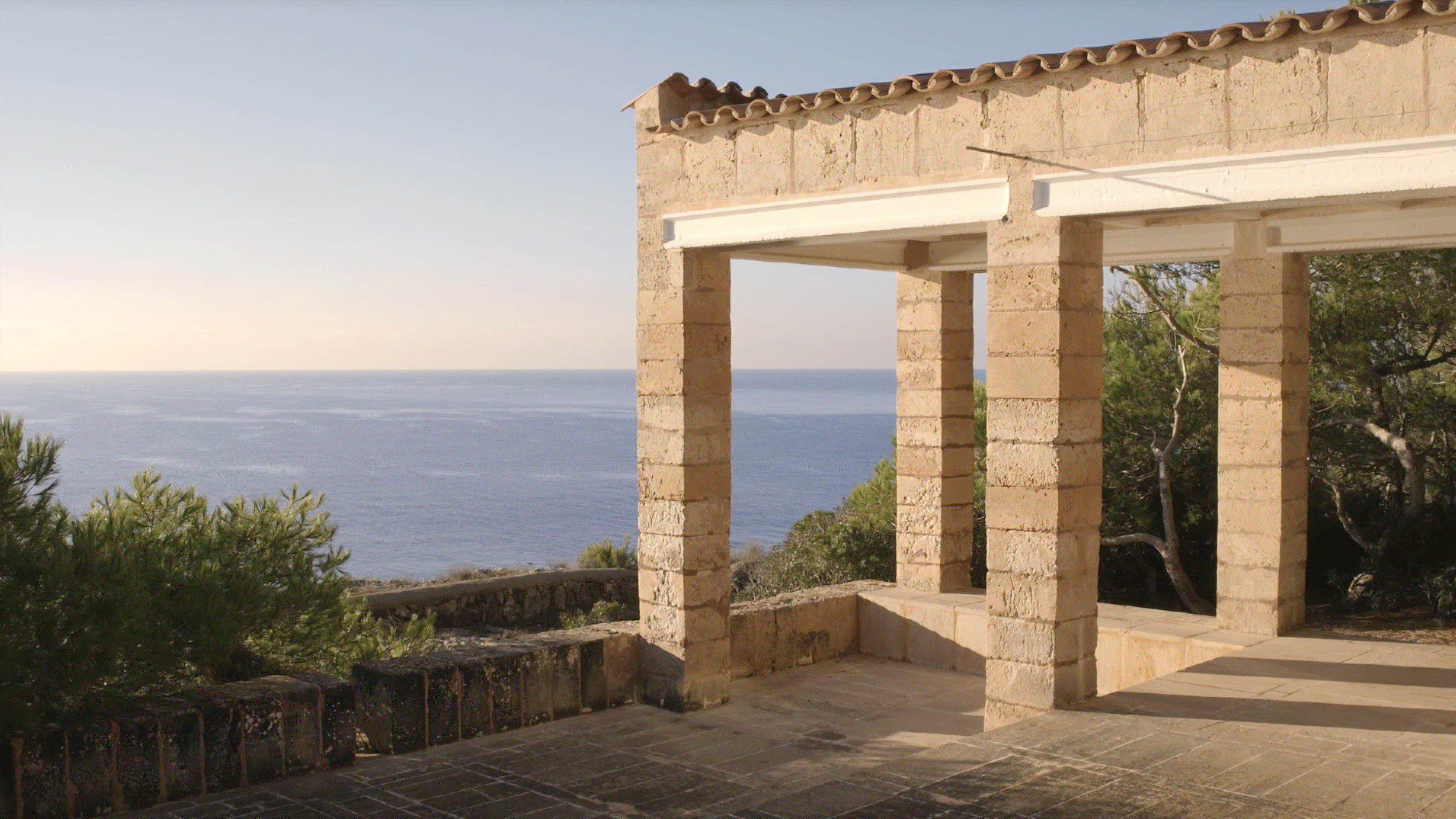 Utzon’s daughter, Lin, has lived there for ten years and describes it as ‘an eternal temple’ where all cares recede. The living room is the grandest space in the house, with seven-metre high ceilings and five large windows giving a panoramic view of the sea. A beam of light shines through a small opening in the western wall. Utzon said that happiness has to be counted in seconds and an example of this is the ray of light that slowly crosses the wall. It describes our relationship to time, to nature, to seasons, and what it means to be a human being in the world.

The island itself has changed dramatically since 1973, but Can Lis embodies a stoic sense of permanence, appearing in total harmony with its environment; as if it was always there, and always will be. Celebrated as a shrine to architecture, the summer home is open to public applications to visit and even stay, having undergone upkeep renovations in 2011.

If you’d like to see more about Jørn Utzon, watch our film titled, a great Danish designer, shown below. It features Ahm House, Can Lis and the Sydney Opera House. 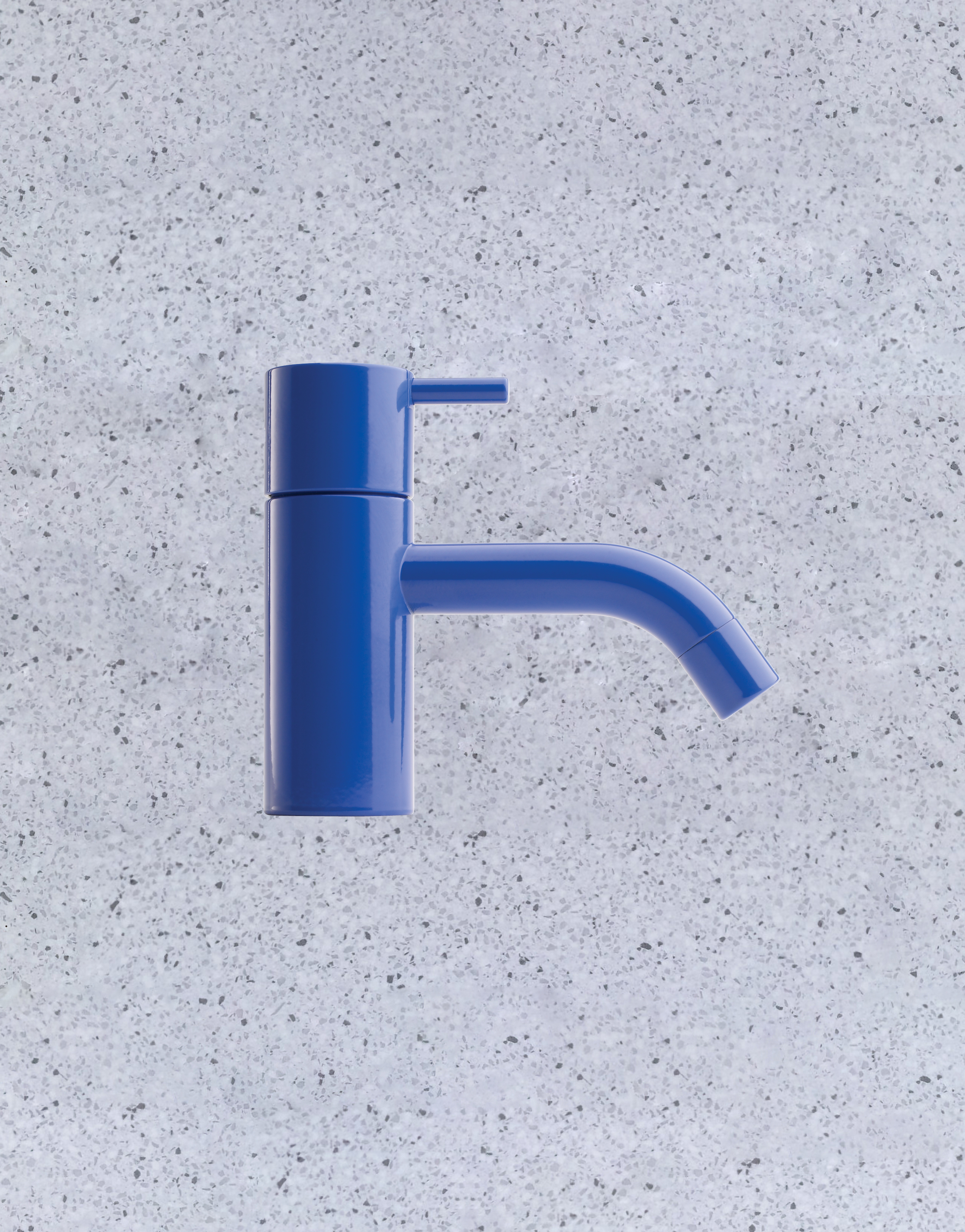 An exploration into colour The original colour series 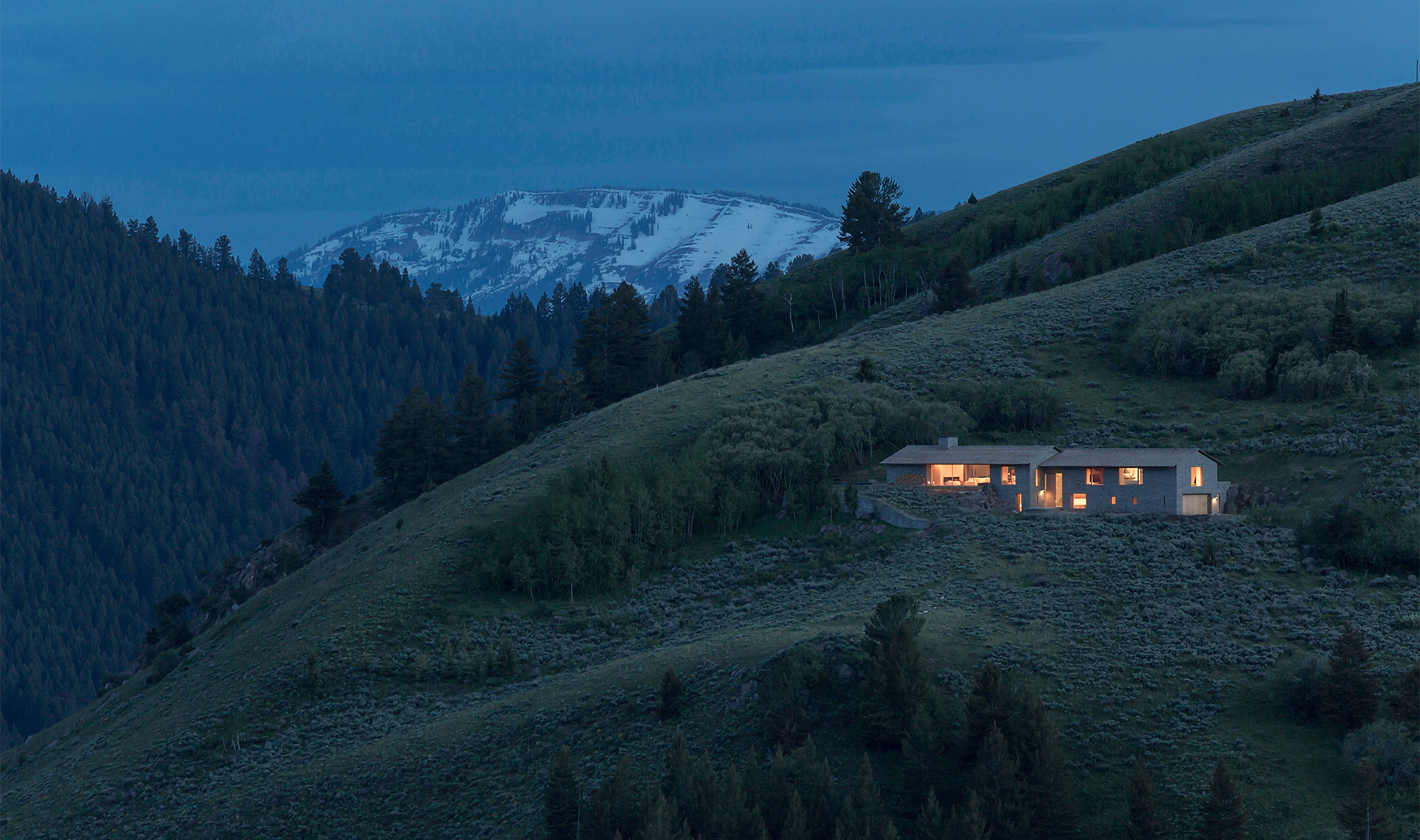 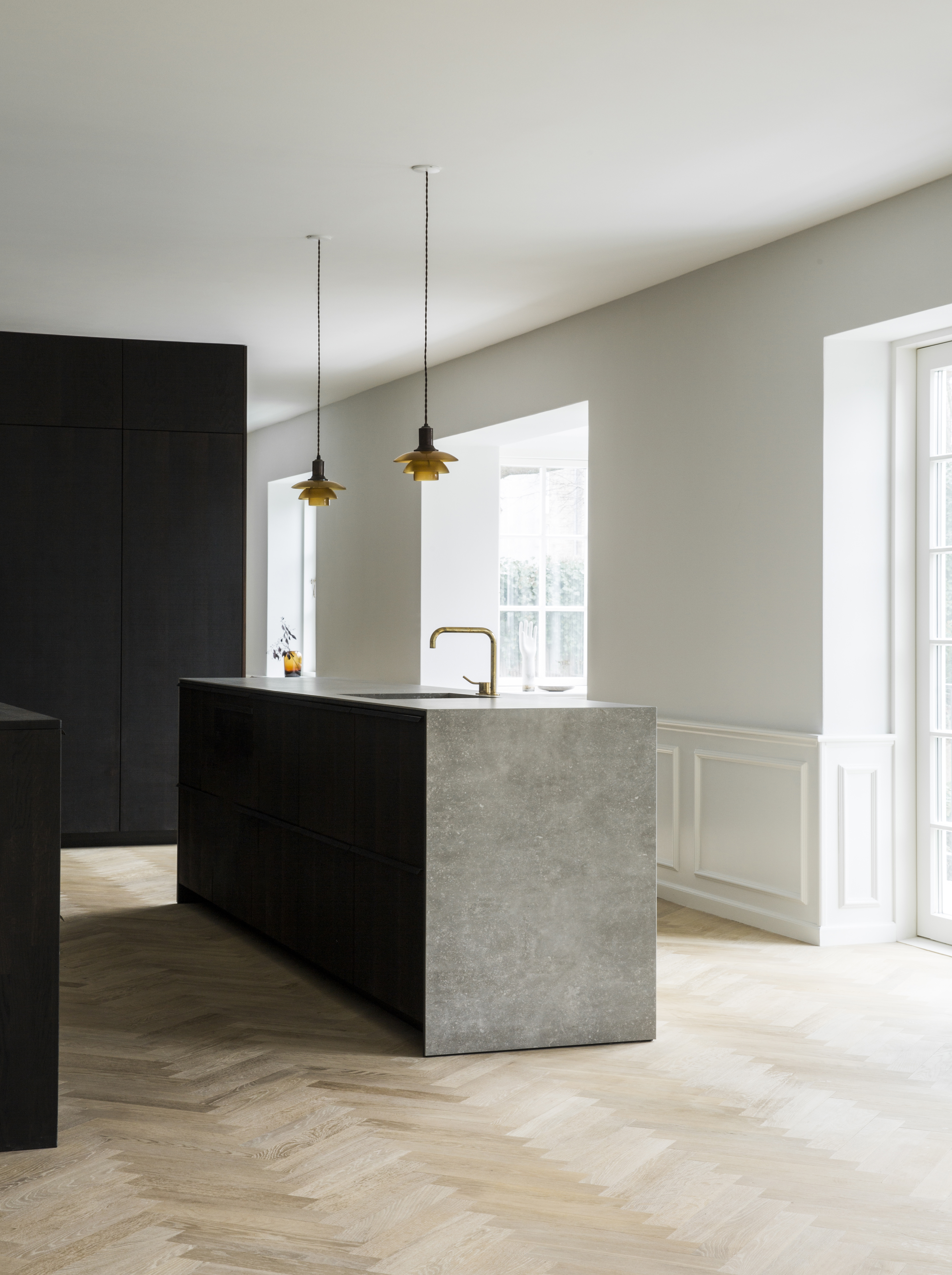 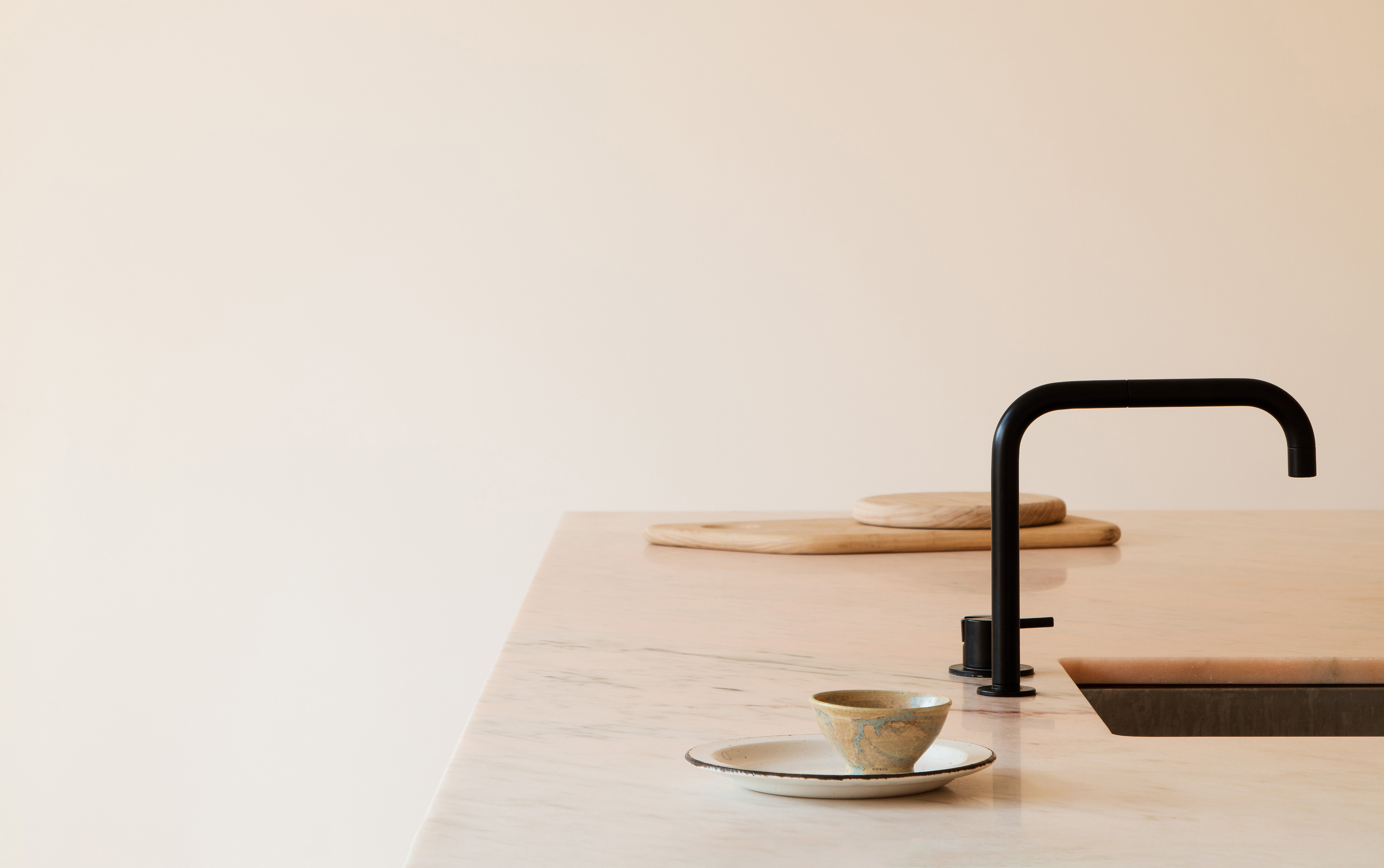 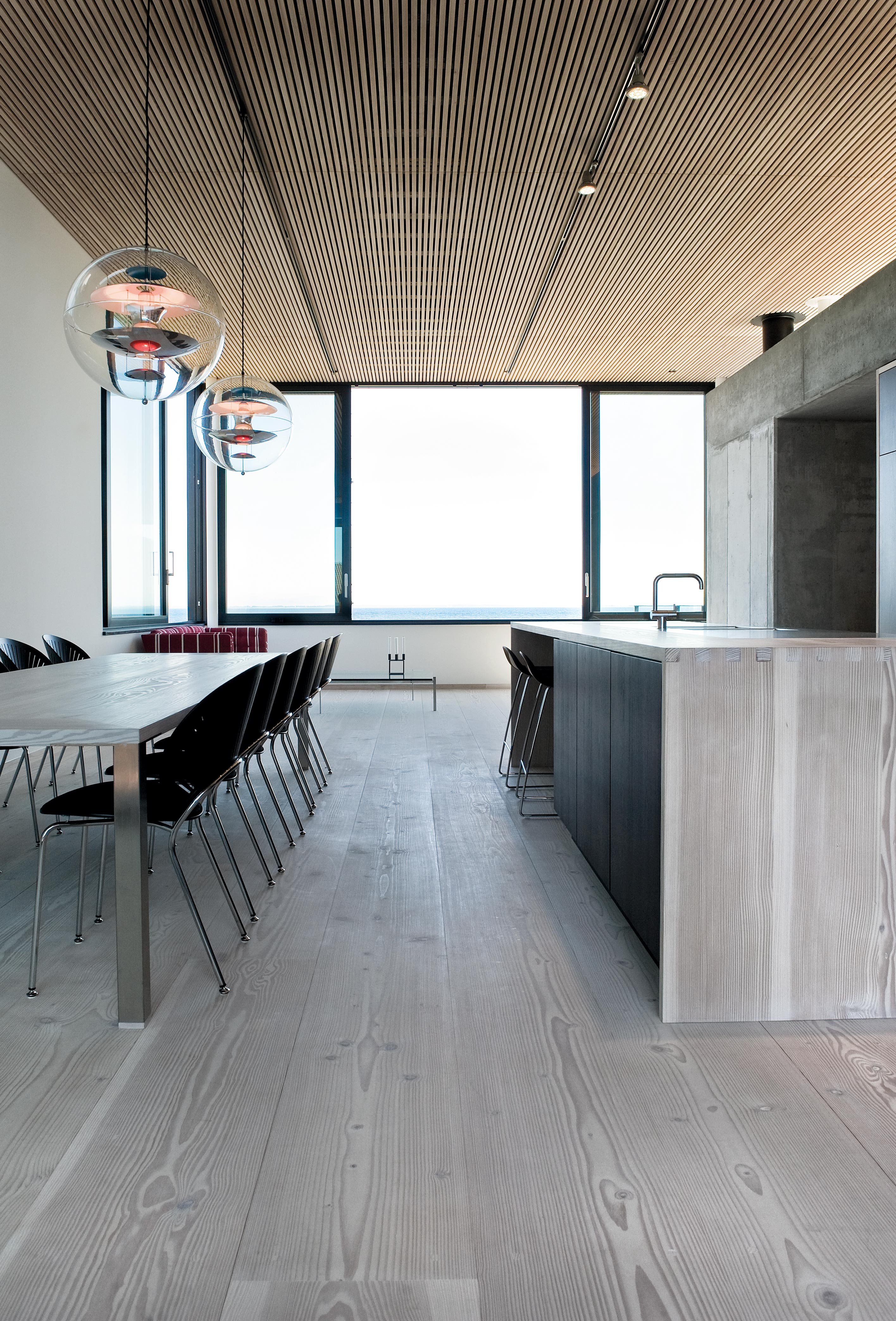 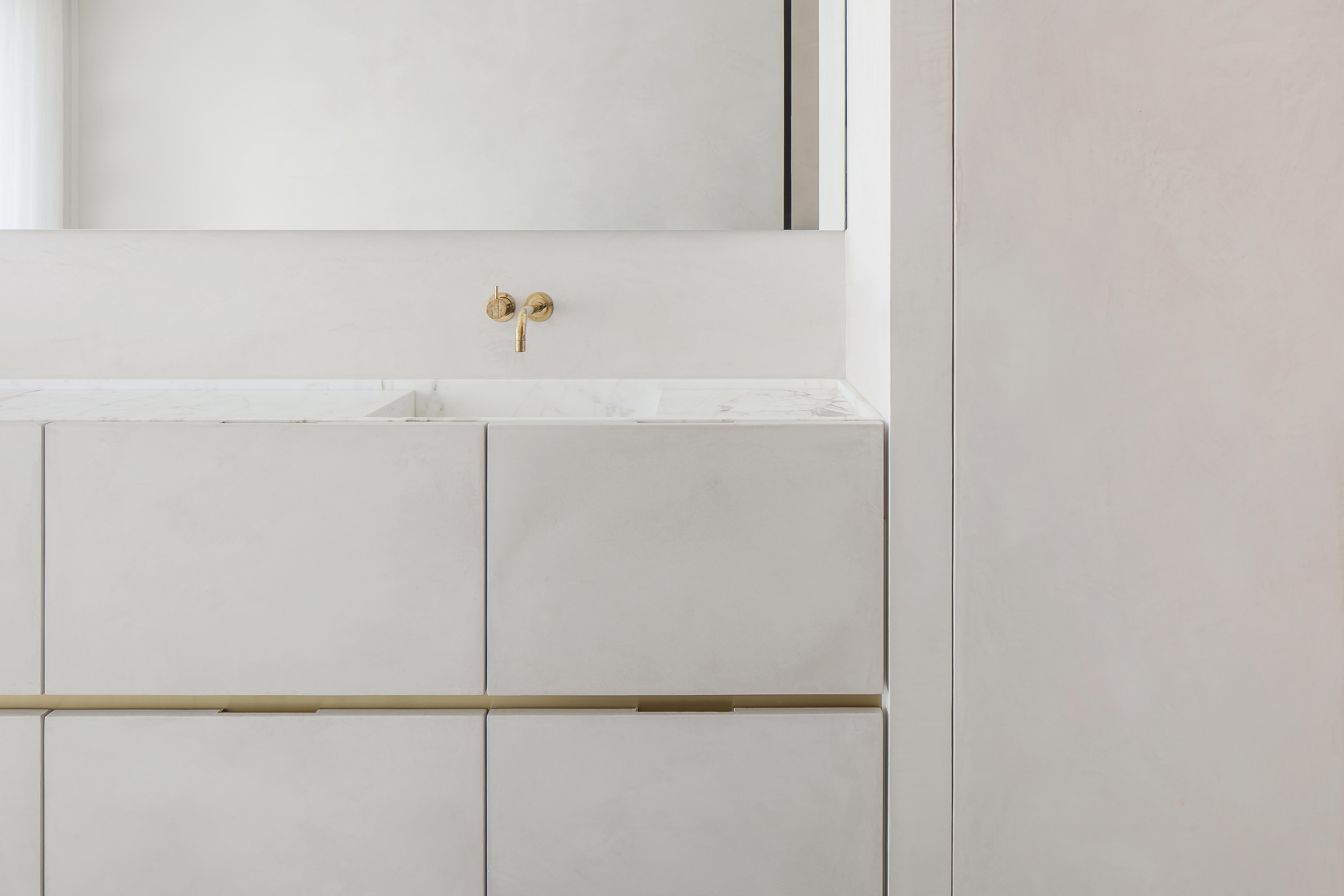 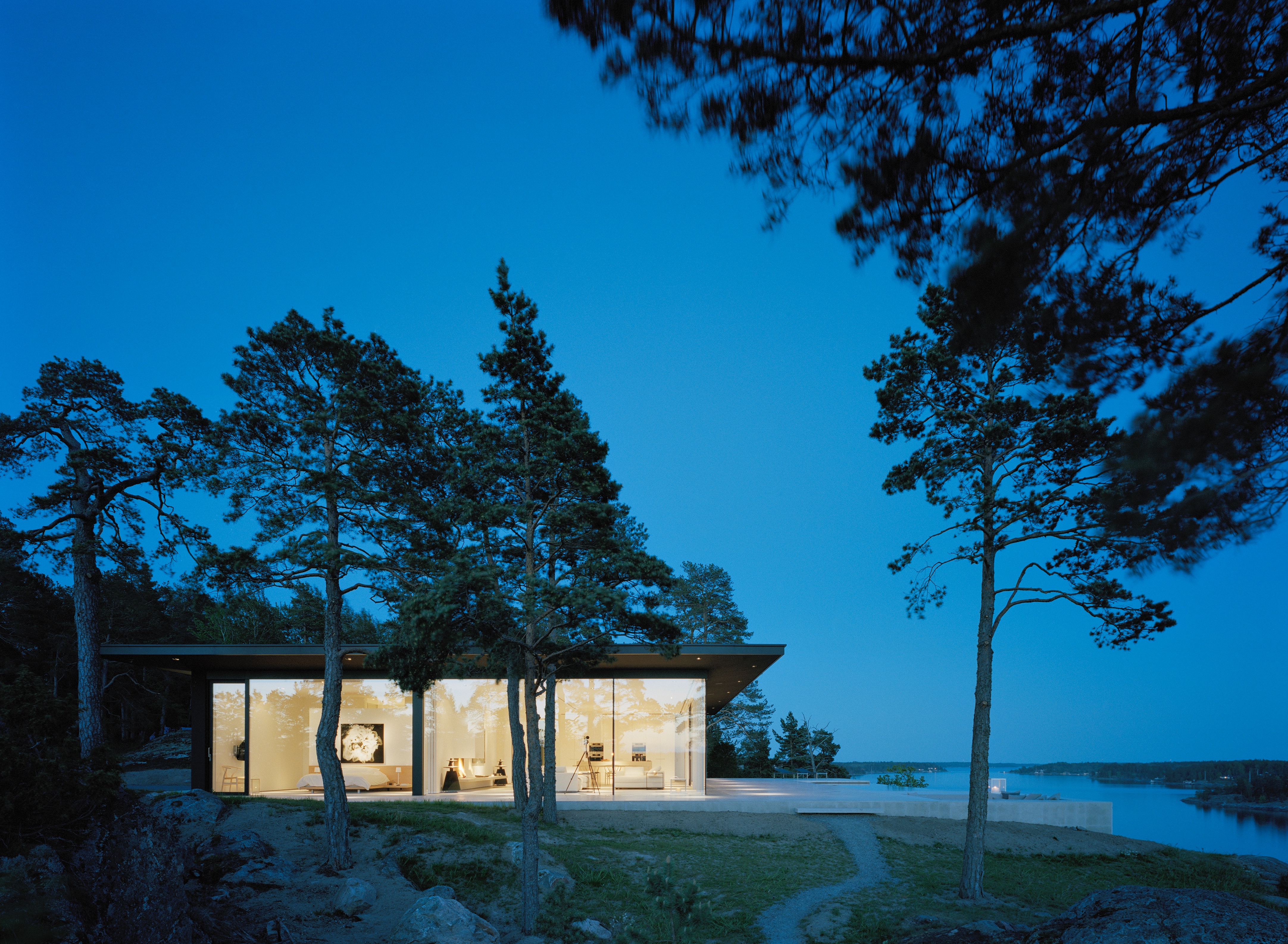 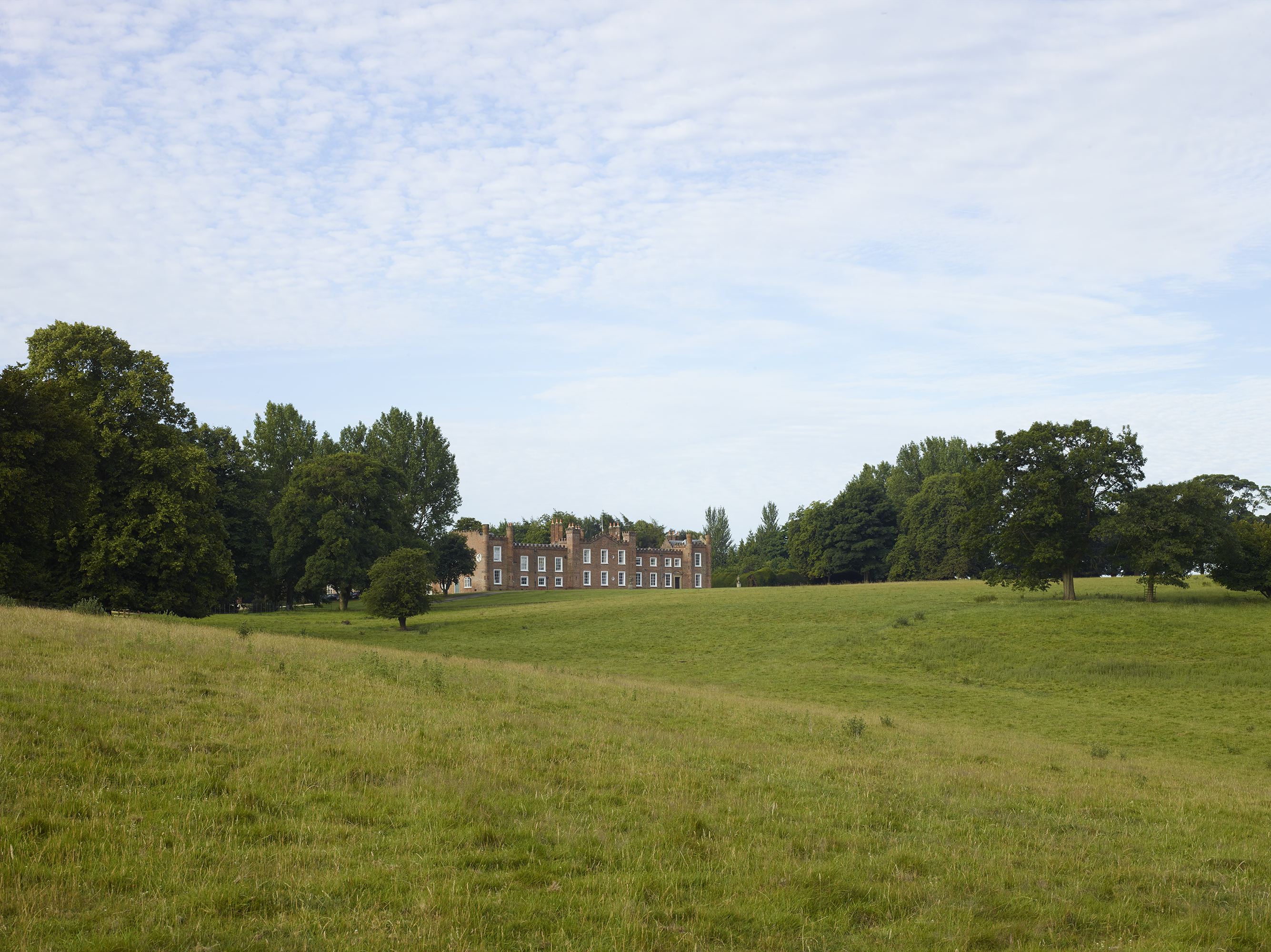 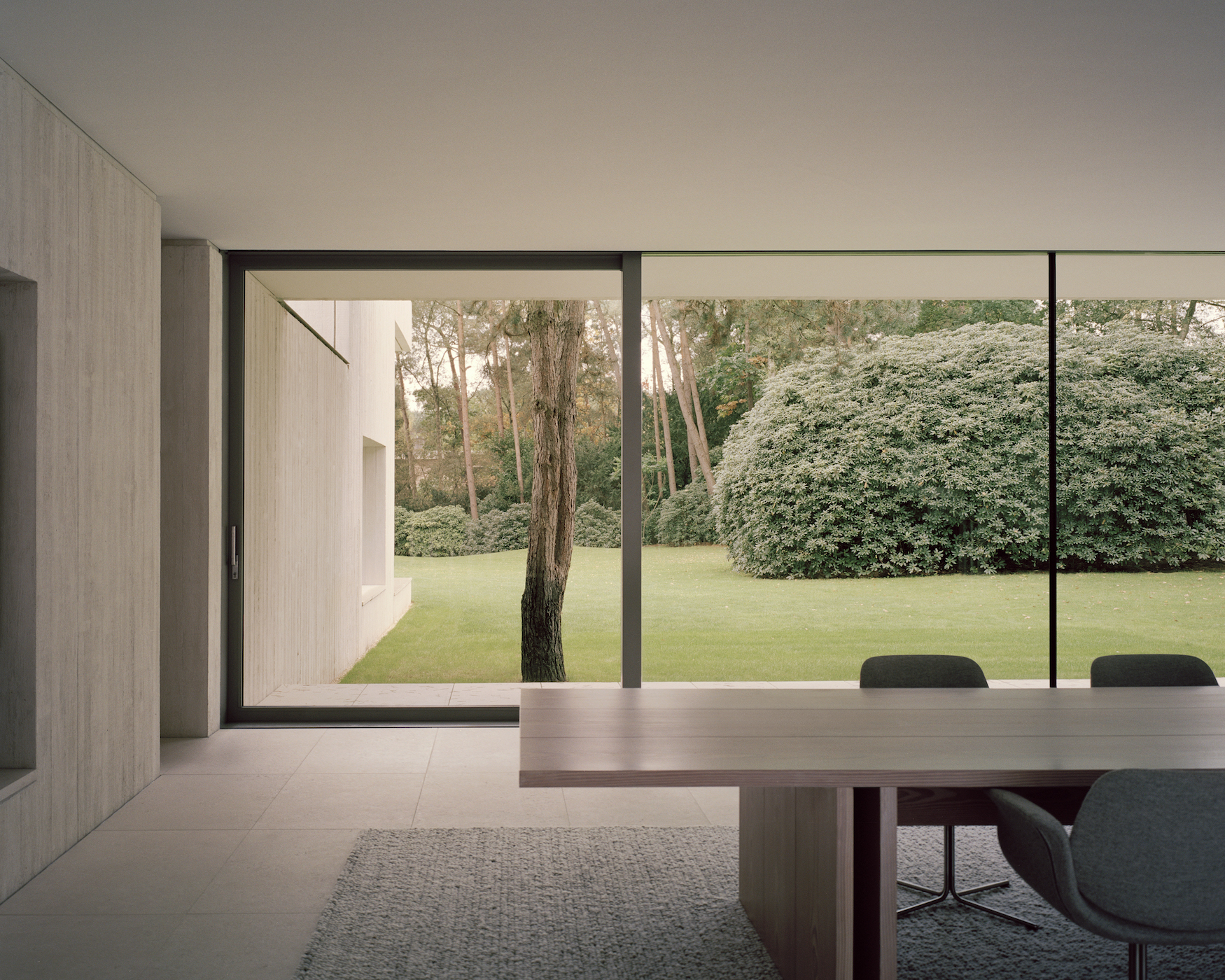