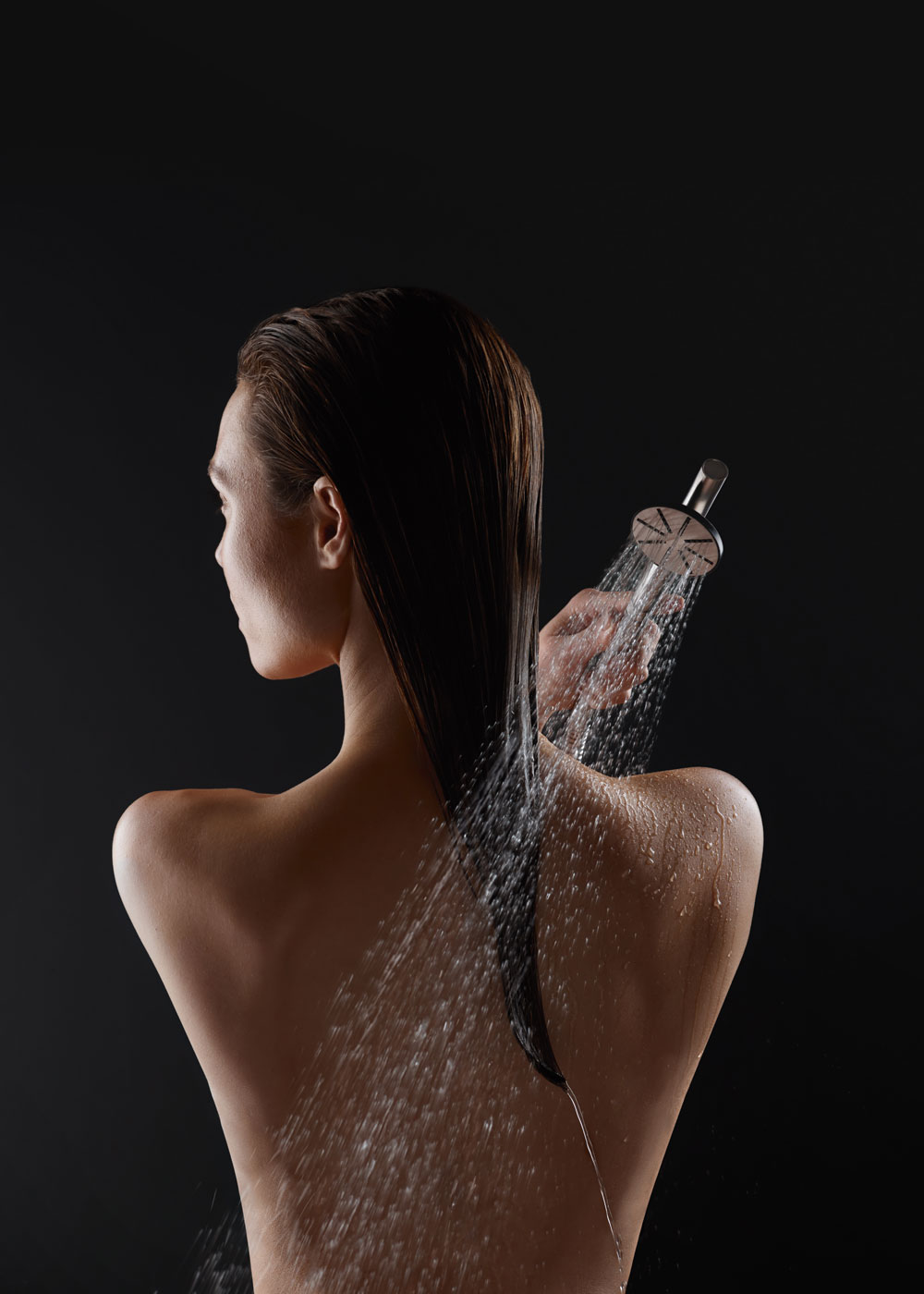 The Round Series hand shower is a seamless extension of the VOLA Round-head shower. They are based on the same design DNA.

The core design elements of the Round Series are the spherical shape and the narrow ring. This elegant ring can be seen clearly in the side view. The slender cylindrical form of the supporting tube extends behind and beyond the shower head, subtly emphasising the latter’s status as the
key element.

The shower rail also relates to existing VOLA design elements. It is attached to the wall with a circular fixing, matching and adjacent to the round hand shower head – creating a horizontal harmony with the shower taps.

When ready for use, the Round Series hand shower head can be held in place by the optional shower rail.
A button responds easily to one hand, sliding it to the best height for effective showering. 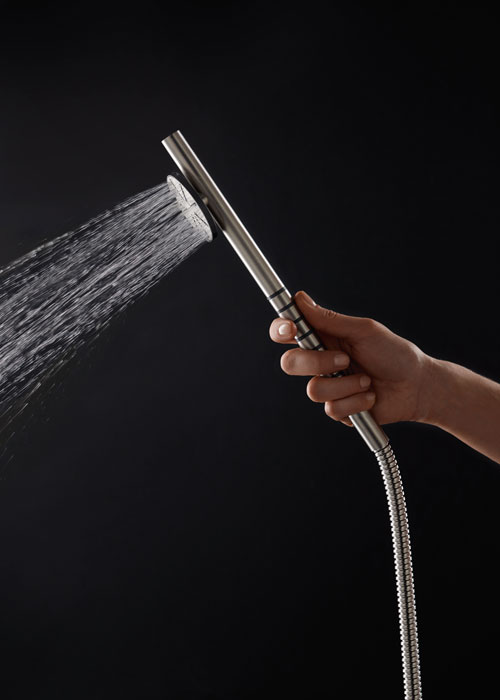 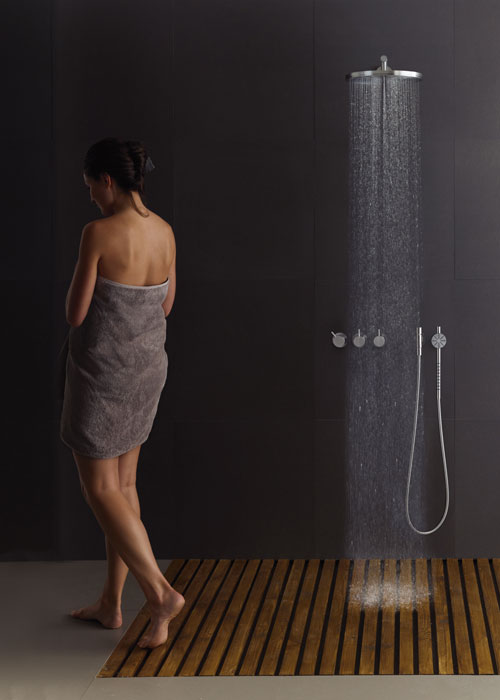 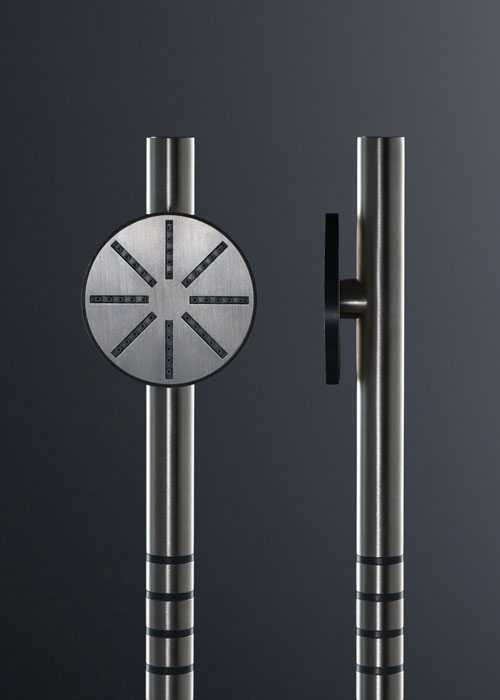 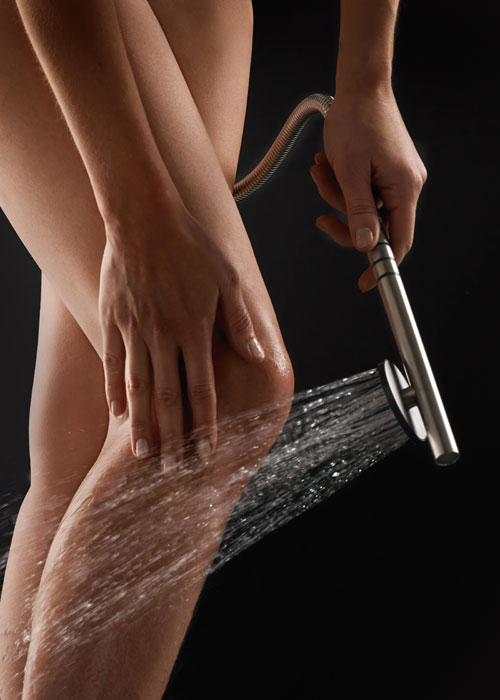 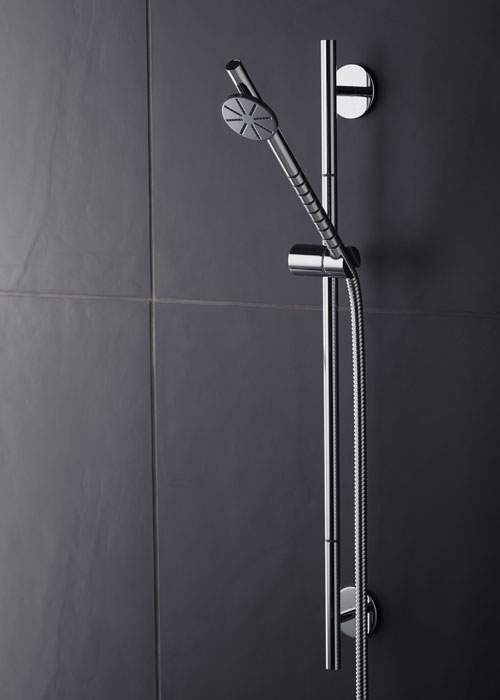